Ask any student who’s scored a 260 on the USMLE what question bank they used, and they will say UWorld. Ask any student who’s scored a 160 what question bank they used? UWorld. What does this mean? While UWorld is a fantastic resource, just doing it isn’t enough. Instead, how you USE it is absolutely critical. Just ask Melody, who completely changed her approach to using UWorld to go from a Step 1 226 to a Step 2 260 and interview a number of her “dream” residency programs. Here she shares her thoughts on her biggest mistakes in using UWorld, and how to overcome them. -Alec

I want to talk about my experiences with utilizing question banks, and how they went from having dementor-like properties to being a source of light and hope. Let’s first slog through the painfully large number of mistakes I made so you can hopefully learn off them.

UWorld can help you prepare for high-stakes exams so that you master the concepts. We offer test preparation, practice tests and assesments for more than 1 million users who are preparing for USMLE, ABIM, ABFM, NCLEX, MCAT, SAT, and ACT examinations. As 4/27/18, Zanki only has 67% uworld notes. U/penumbrahh mentioned he did a deck, however he's hesitant to share it publicly due to copyright infringement. So, you can PM that user and see if he/she is willing to share the deck with you. Downloads: https://apps.ankiweb.net. Anki is a spaced repetition-based computer program that maximizes your retention. It really works and is one of the main reasons I was able to score 270 on the USMLE Step 1. (To read Med School Anki: Make (or Find) USMLE-Crushing Flashcards, click here). Is It Too Late to Start Anki? You are better off using the ANKI desktop app than being tempted to use the UWORLD flashcard system. For example, it may be tempting to use there copy and paste feature but you might as well copy and paste that into ANKI instead.

I tried to start UWorld near the beginning of M2 year. My thought process was that I would get through all the questions once by end of the year before starting dedicated time and doing it again (since everyone knows you have to do UWorld twice *sarcasm*). Though this is one approach that can work, I did not implement it correctly. I ended up doing only a few half-blocks here and there for only some of the blocks. Even though I thoroughly went over those, by the end of the year I had completely forgot what I had learned and those very same questions looked foreign to me. I was not using Anki at the time and will go over that point in the second half of this article.

I would spend way too long going over blocks. I would have a goal of doing 1 timed block for 1 hour, then 1-2 hours to review. However, often I had a hard time trying to pick out what was important. I would end up thinking that every one of the wrong answer explanations was important, and get sucked into looking every unknown thing up and then trying to remember it. 1 block would sometimes take me up to 3-4 hours to review! (I’m looking at you, cardiology).

As a result, I would freak out about being behind and then try to rush through other questions, just memorizing instead of trying to understand. Talk about a vicious cycle.

As a follow up to the above – I spent a lot of time taking detailed notes in First Aid, and drawing concepts or charts out from the answer explanations. It made me feel productive back then (I love color coded notes!) but took wayyy too long and I would forget the majority of it anyways!

Fail #4: Continuing to follow a study technique that was not working

Going down a rabbit hole and wasting tons of time on a random study tactic. This is my example, but there are many others that you might be doing: One of my friends told me she had taken a note log and would write the key point for almost every question. Then she would read through her ever-growing log once a week. I decided this sounded like a good idea at the time and started doing it. Then I kept doing it. I ended up spending so much time on this that it got overwhelming, and I barely even looked at this later on.

Lesson: if you know a study technique is not working, just STOP IT, reevaluate, and figure out a new approach. Don’t keep going because you have been doing it for so long.

I kept putting off taking NBMEs because I wanted to get through just a bit more material, in order to have a better practice score (why? to feel better about myself? womp womp, this usually failed).

Guess what? They are practice scores for a reason! It is not your final result. You need to take NBME’s on a regular basis in order to constantly evaluate your progress and shore up your weak areas. Think of it as high-yield studying… if you spend equal time on all subjects including your strong ones, you are not going to get many more points on those strong sections. You will see a bigger jump in scores if you distribute more time to your weakest subjects in order to bring balance to all topics.

Likewise, don’t get disheartened at getting chunks of UWorld wrong or a low block % compared to the average reported/your friends. Your main goal is to LEARN off UWorld in two ways – to become a master question interpreter, and to learn important concepts.

I reset UWorld and then redid it in order to have another pass of timed blocks. In theory, this sounded great. However, since I had done many of the questions close to when I reset it, I kept seeing ones that I automatically knew the answer to! This was a time waster at the expense of seeing new questions from another qbank. Also, I had flagged some questions that had great explanations or concepts that I wanted to refer back to, and now my entire past history was wiped and I couldn’t get to them again. Le sigh. 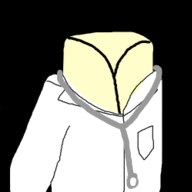 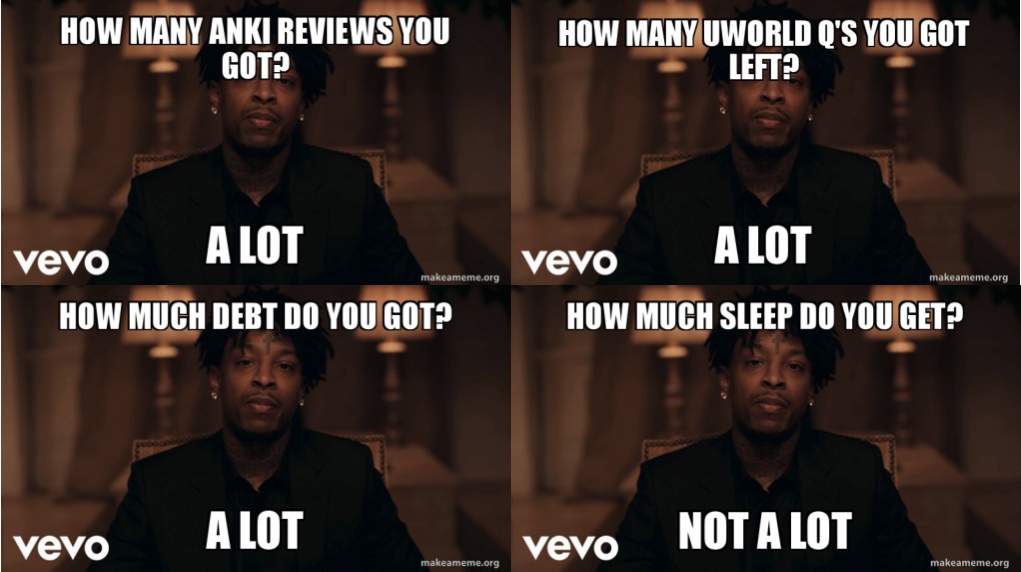 Okay, now we’ve gone through the major things I did wrong. What now? First, this quote –

“Fear is the path to the dark side. Fear leads to anger. Anger leads to hate. Hate leads to suffering.”

Don’t fear Step 1, and don’t hate Qbanks… understand them, then use them to your advantage:

And now, here is my step-wise advice to approaching Step 1 throughout M1-2 year and into dedicated study time:

1) Start of each new class

Take a baseline NBME near the end of the year or at the start of dedicated time. Take one every 1-2 weeks! I also recommend spending one day and take two in a row to simulate time and length of a test, in order to build endurance and figure out how to time breaks and caffeine intake

Okay, I think I covered everything. If you have any questions or want further clarification, I’ll be happy to answer!

May the force be with you.