Oleksandr 's1mple' Kostyliev's explanation for not switching to Valorant has Natus Vincere fans grateful for the team not managing to win a Counter-Strike: Global Offensive major title so far.

CSGO pro player s1mple's Valorant streams have ruffled quite a few feathers of late. After earning his stripes in CSGO, s1mple has actively been playing Riot's shooter and has received an overwhelming response from both fans of Valorant and of CSGO as a result. Fans are not taking the CSGO pro's interest in Valorant lightly. Some are scared that CSGO's top player s1mple may follow in the footsteps of other pros and move on to Valorant.

The Ukrainian AWPer has denied any such rumors, and he has an interesting reason why. 'If I was Astralis that has won four majors, I would probably think about it. But now I have zero major. I will keep grinding,' s1mple said. 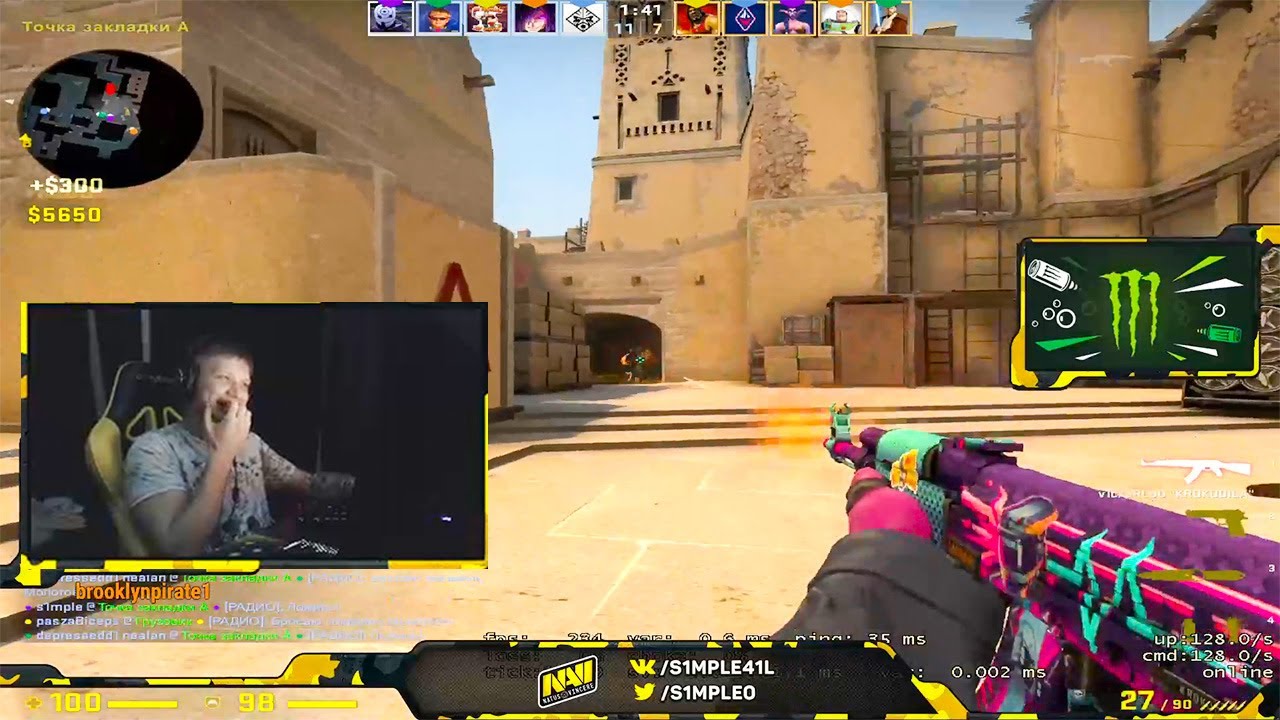 In his recent stream, the pro player clarified that his primary goal in CSGO is to win a major, and he won't be stopping until he achieves that. His team came close to winning a major several times, but their efforts came short against the likes of Astralis, Luminosity Gaming, and EnvyUs. Despite s1mple's bombshell performances and numerous MVPs, Na'Vi has failed to bag the title that matters the most in CSGO. It seems that it may be the only thing that's holding s1mple back from shifting games.

s1mple reveals he won't leave CSGO until he wins a major

While his statement was reassuring for agitated fans, it also implies that he's not written off a Valorant switch entirely. s1mple has shown deep interest in ranking up in Valorant and has streamed tons of competitive games. The player unlocked the Platinum 3 rank, streamed tons of games, and then reached the Immortal rank. His recent false ban from Riot Games failed to waver him from his goal of becoming a Radiant player as he was seen streaming Valorant just a day after his short ban. Some fans are thankful that Na'Vi's inability to bag a major will keep s1mple tied to CSGO, while others are taking his comments with a pinch of salt.

For now, CSGO fans can breathe a sigh of relief as Na'Vi has tons of competition ahead of it to win the upcoming PGL Major Stockholm 2021. Moreover, s1mple's comment shows that the pro player still have a competitive drive for CSGO, and it's keeping him in the game. While he's found his footing as the best player in CSGO, he won't give in until he brings a major trophy home.