A video of gamer Emme “negaoryx” Montgomery shutting down a viewer’s sexist comment went viral on Twitter, gaining the approval of peers — as well as comedian Mike Birbiglia, who gets props in Montgomery’s brilliant rant. Now, the Twitch streamer is speaking out about the larger issue of misogyny in the world of gaming, and how her success on the video live streaming service hasn’t protected her from it. 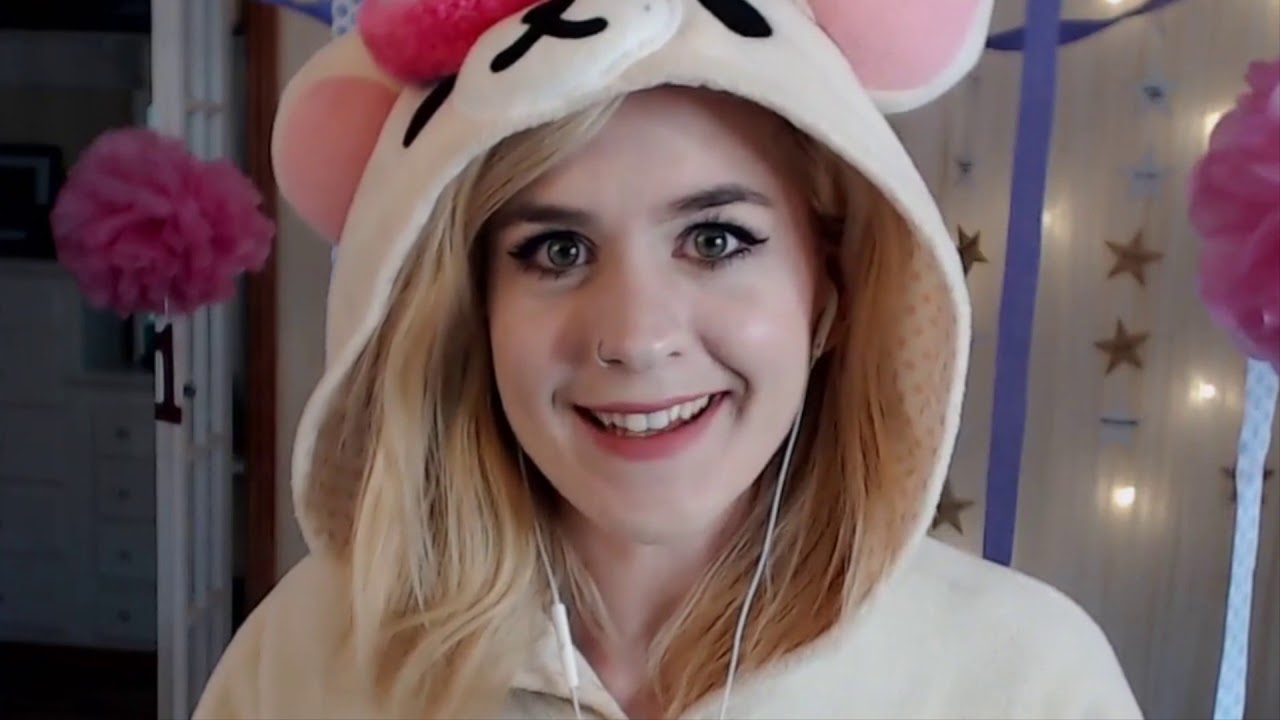 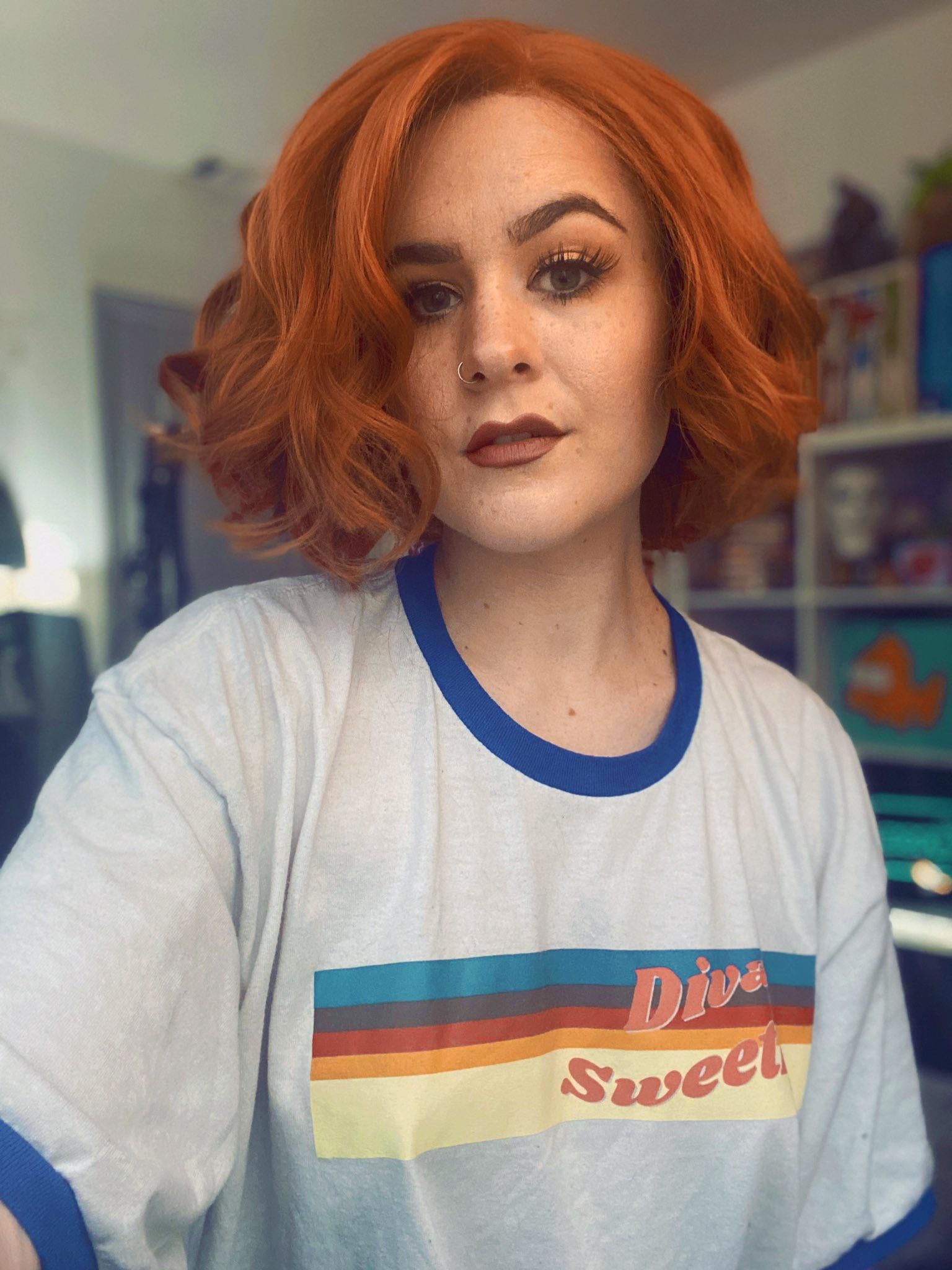 The video, which has been viewed 6.1 million times as of publish, was first posted to Montgomery’s account on Jan. 26 alongside a caption that read, “99% of the time, I ignore trolls and ban them. 1% of the time, I do this,” referring to the education she provided to a man who asked what color thong she was wearing while playing.

“Respect women, you just absolute infant of a human,” she said out loud while streaming on the platform Twitch. “So, what did you expect? Did you expect I was gonna be like, ‘Blue. Why, do you want to find out? Here’s my number.’ Like what do you think people are gonna do, my dude? How do you think it’s going any other way than how it went?”

The player then responded, “You can’t take a joke,” which provided leeway into Montgomery’s argument about what a funny joke actually is, distinguishing it from one-off sexist comments.

“[Mike Birbiglia] has a really great bit where he talks about how jokes have been ruined by people like yourself who say sh**** misogynistic things and then when someone calls them out on it they say, ‘I’m joking.’ Because then people say, ‘Oh, we just can’t joke around in the workplace anymore?’ No, the rest of us can still joke. You can’t because you were never joking in the first place. You were just being a misogynistic, sexist piece of s***,” Montgomery said in the video.

She went on: “And then, you don’t like hearing that because someone’s holding a mirror up to you and it makes you uncomfortable because you know you and you know the parts of you that are good. So in your heart you have to come up with a narrative that makes you feel better about the fact that somebody’s asking you to confront the parts about yourself that you hate the most. And me telling you, ‘You’re not joking’ is me asking for you to hold yourself accountable to be a better person because you’re not right now. And I’m sorry if that’s hard for you to hear cause you think you’re the hero of your own story but you’re a footnote in everyone else’s.”

Fans and gamers alike responded to the post to praise Montgomery for taking a stand.

This is incredible. Complete verbal obliteration, teaching a lesson to help make people better, while still hunting victims in game. This linguistic fire was forged with 1/3 of her attention. I cannot imagine how this would have gone had she put 100% into this. Bless you madam. pic.twitter.com/U81V2HVXle

Wow. That guy was trash. You were absolutely right with everything you said.

But also, I would have just yeeted him into the void of cyberspace by banning him. pic.twitter.com/TOWlbSaqgx

this clip is just.. so good, god bless your way with words :')

Her words were even noticed by Birbiglia himself, who said he was “honored to be included.” The comedian also posted a clip of the bit Montgomery was referencing from his Netflix special.

I love this. Honored to be included.

When asked by a commenter if the troll himself apologized or acknowledged the validity of her response, Montgomery wrote, “No, they never do.”

No, they never do. He left pretty quickly. Fresh outta jokes, I guess 🤷‍♀️

She tells Yahoo Life that it’s an ongoing issue for women in the gaming industry and something that she’s dealt with for as long as she’s been on these networking platforms.

“I will never forget a conversation I’d had with a man who’d started streaming on Twitch earlier than I had. We became friends and he helped show me the ropes when it came to streaming. At a certain point, my community continued to grow and my viewership rose. During our next chat, he said, ‘Must be nice to just be a pretty woman, show up and get viewers,’” she recalls. “A lot of the success of women is instantly downplayed or written off as only occurring because we’re women — like tokenism or, as the complainers say, ‘because you’re pretty.’”

Still, she points out that the comments range in how subtle or outright offensive they are, noting that non-white women often get them the worst.

“I would be remiss if I didn’t start by saying women of color face this far worse than anyone else. Support Black women. Support marginalized folks on platforms like Twitch, because they are put through the wringer more so than anyone else when it comes to harassment, trolling, etc.,” she explains. “There is no immunity from misogyny on these online platforms. Be it outright or casual, subtle misogyny, it exists and pervades every online space.”

On Montgomery’s particular corner of the internet, the harassment only seems to grow as her channel does. “If anything, it’s gotten worse, because people seem to be much more bold with the way they speak to people online in general, more so when they have a higher follow count. I’ve noticed people will comment on my social media posts using ‘she’ instead of ‘you’ more frequently now, like ‘She looks so ugly’ instead of ‘You look so ugly,’” she explains. “Pure speculation on my part, but it feels like once your following reaches a certain size, people don’t think of you as a living, breathing human reading each comment yourself.”

Luckily, however, Montgomery does have hardworking moderators to help with the comment section on Twitch. “They’re granted special powers, like the ability to delete users’ comments from the chat room, the ability to ban users altogether, etcetera,” she says, noting that her moderations are “quick to delete hateful comments” to a point where other people in the chatroom hardly notice.

“I don’t like to draw attention to the situation, so I continue playing the game as usual while my moderators quickly deal with it,” she continues. “To be very clear, there’s no one type of comment that ‘triggers a response’ because ultimately, they’re all saying some variation of the same thing. There’s no creativity or much difference at all between the hateful, uncomfortable, gross, sexist or homophobic language they use. The only thing that triggers a response is how I’m feeling that day, plain and simple.”

On the day in late January when she received the question about her underwear, Montgomery was ready to put the troll in his place. Once she did, however, she wasn’t sure she wanted to share it with the world.

“I have a group chat with some of my girlfriends who are also Twitch streamers where we vent and get support, go to each other for feedback, etc. I showed it to them first and they urged me to not worry about people’s responses and just post it, so I did,” she says. “I wanted to share this particular clip because it wasn’t a classic roasting of a troll where someone just rips into their appearance, or trash talks them or whatever. That’s just not my style. I really, genuinely wanted to get through to this person and let them know, ‘I know you think you’re a good person who’s in the right, but this is not okay and I’m asking you as an adult to sit with that knowledge for a minute and maybe let it inform your future choices.’ I don’t know if they got the message, but I’ve already heard from multiple people on Twitter that it’s caused them to rethink behavior they’ve previously played off as ‘just a joke’ and be more mindful moving forward, which is the best possible outcome I could ever hope for.”

As for getting a response from Birbiglia, Montgomery was excited to get his approval for the way that she used his bit to make a point. When it comes to the impact this viral instance will have on the rest of the world and internet culture, however, she isn’t super hopeful.

“I don’t think any one viral clip is enough to spur change. It spurs conversations like these, which is wonderful, but real change requires many changes to be implemented on the part of many, many people,” she says. “To people who view this clip whose knee-jerk reaction is to say, ‘That’s not sexual harassment, that’s just a troll being a troll. That’s just how the internet is,’ I hope you can listen to the voice of myself and countless others who are telling you this is not how the internet has to be.”

The gamer adds, “We have a motto in my community: to leave the internet better than we found it. If there’s one thing I’d ask anyone aiming to improve the online experience, and the experiences of women and non-binary folk in the games industry — heck, any industry for that matter — it’s that.”

Want lifestyle and wellness news delivered to your inbox? Sign up here for Yahoo Life’s newsletter.