I prefer MakeMKV as well, coupled with BD Rebuilder.But at the moment, in version 1.9.3, there is a known bug that they are working on that causes it to hang when using the 'Backup' mode that produces certain decrypted files that BD Rebuilder uses, instead of the MKV. 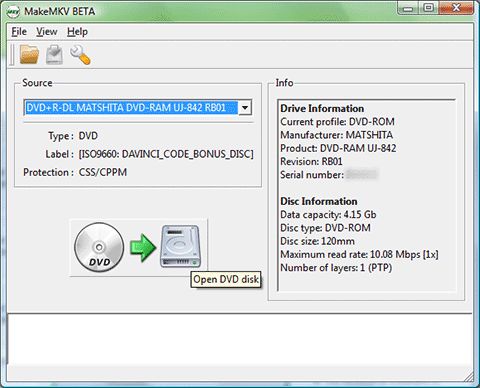 Normally blu-ray players won't play MKV files from blu-ray or DVD disc. However you can convert MKV file created by MakeMKV to a format playable by any blu-ray player. The conversion is fast and MKV file itself can come from blu-ray disc or DVD disc (or even HD-DVD disc). The trick is to transcode MKV file into AVCHD disc files - nearly all blu-ray players play AVCHD discs from BD discs, most play AVCHD recorded on DVD_R and some player, including PS3, can play AVCHD files from external USB drive without the need to burn any media. There are at least two freeware programs that you can use to transcode MKV into AVCHD.
tsMuxER is very stable and fast program.
multiAVCHD is another rapidly evolving application.
Both will produce AVCHD folder ready to burn or connect via USB, preserving all video/audio streams unchanged in original format.