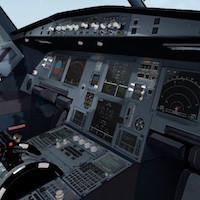 Away from Mike and the cabin crew, there are other great touches, like raindrops on the VC windows. Sadly, the wipers do not clear them away, but it is really great to see the rain bead and trickle down the glass.
My favourite feature though, is a rather hidden one. If you are familiar with EZDok for FSX, you will know how easy it makes getting around the cockpit, once your views are all set up that is. X-Plane however, has a camera system already built in that works more or less the same and is a doddle to set up. JARDesign have set the camera positions for you, so all you need to do is use your keyboard's numeric keypad to easily move around the cockpit. It is quick and simple. Add to this the ground vehicles and checklists, and there is a lot of added value to this aircraft.
Bugs
As good as this aircraft is to look at and fly, there are a few annoying bugs that really let the side down. The biggest one for me happens at night. I flew into Salzburg in the evening, and as the sun set, my main displays slowly began to darken. By the time night fell, I had no displays at all, despite turning them up and checking the lighting in the cockpit. It is a real shame, as flying at night is something X-Plane excels at. The other big problem for me is the FMGS or autopilot. Flying in 'managed mode' should be fairly simple, and it is, as long as you do not touch anything. If you adjust the speed or heading controls, even just clicking on them to set 'managed mode' prior to take-off, it will not work. Instead, the aircraft will just ignore the route and sulk. I will admit, coming from a detailed Airbus add-on in FSX, I found this to be a huge surprise. All you can do is set your altitude and leave it at that.
Setting a SID first in your flight plan also caused problems, wherein the aircraft would not navigate at all, due to the first selected waypoint being the runway. Instead, you have to set your route first, then add the SID for it to function properly.
There are other bugs too. The MCDU is a bit hit and miss in places. Try as I might, on one flight I could not get it to add a 'direct to' waypoint to a flight plan. Instead, I had to type the name of the waypoint in and enter it on the main flight plan page, rather than using the correct 'next waypoint' entry point.
'Click spots' are also a bit difficult to get to, requiring precise positioning to achieve what you want. It is not helped by the mouse making a clicking sound, no matter where you are. I really do not like the way the FMGS is set either. To activate 'Managed Mode', you need to see a flat palm cursor to push the button, whilst 'Selected Mode' is activated using a pointing finger cursor to pull the knob towards you. I constantly got these confused. An arrow pointing towards the console and one pointing away would be a better choice.
My favourite bug though, had to be at Salzburg. I was taxing out to the runway, the aircraft went over a bump, slowly I might add, and thought it had landed and promptly deleted all the route and take-off data, all to the sound of applause from the cabin - normally a nice touch, but not on that flight!
Requirements
The JARDesign A320neo is for X-Plane 10.30 and later. Other specified technical requirements are as follows:
● Windows or OS X (32 or 64 bit); and

● Pentium V, 3GHz equivalent or higher, 8GB RAM, 1GB graphics card.
Conclusion
Creating an A320 for any sim is no easy thing. Given the amount of backwards engineering required to workout systems, I can only imagine most A320 developers are bald from pulling their hair out. This particular A320 must have left JARDesign really 'follicly challenged'. The bugs are numerous, and for certain aspects of the flight, they really ruin things.
Bugs aside though, you realise there is a real quality behind this aircraft. The cockpit textures are some of the best I have ever seen in any sim, and the nice touches, such as Mike, and the cabin crew, add a real immersive feel to the whole thing. The mountains of free liveries are a huge bonus and the ground vehicles which service your aircraft are really something.
All in all, this has been one of the most challenging aircraft I have ever flown. It is far too easy to make mistakes and stuff your flight up. Some of that is down to Airbus, but some of that is down to poor planning. For example, taking a screenshot ('Shift + Space') will drop the Ram Air Turbine without you realising it. Once it is down, it cuts the engine generators and the aircraft slowly depressurizes. There is no manual which really explains this, just a few tutorials on the web site which are short on detail and depth. You can download the four part FCOM, but at a few thousand pages, you would be hard pressed to make a dent on all the information it contains.
It would be easy to get caught up in the bugs, but JARDesign are constantly working on improving the aircraft. When it was first released, it was much worse than it is now. JARDesign have chipped away at it to produce a rough diamond of an aircraft. Pretty in places, uncut in others, but somehow, it's on the verge of being a real gem.
Liveries are free and plentiful
Verdict
A great rendition of an A320neo, let down by a silly bugs. However, it is a fantastic aircraft to fly and something JARDesign Group and X-Plane can be proud of.
Pros: 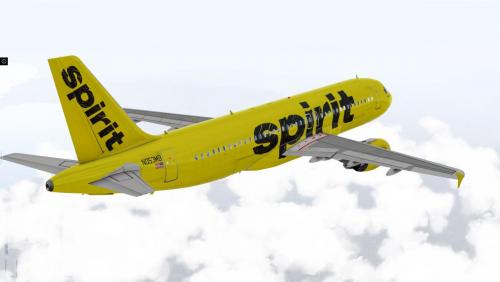 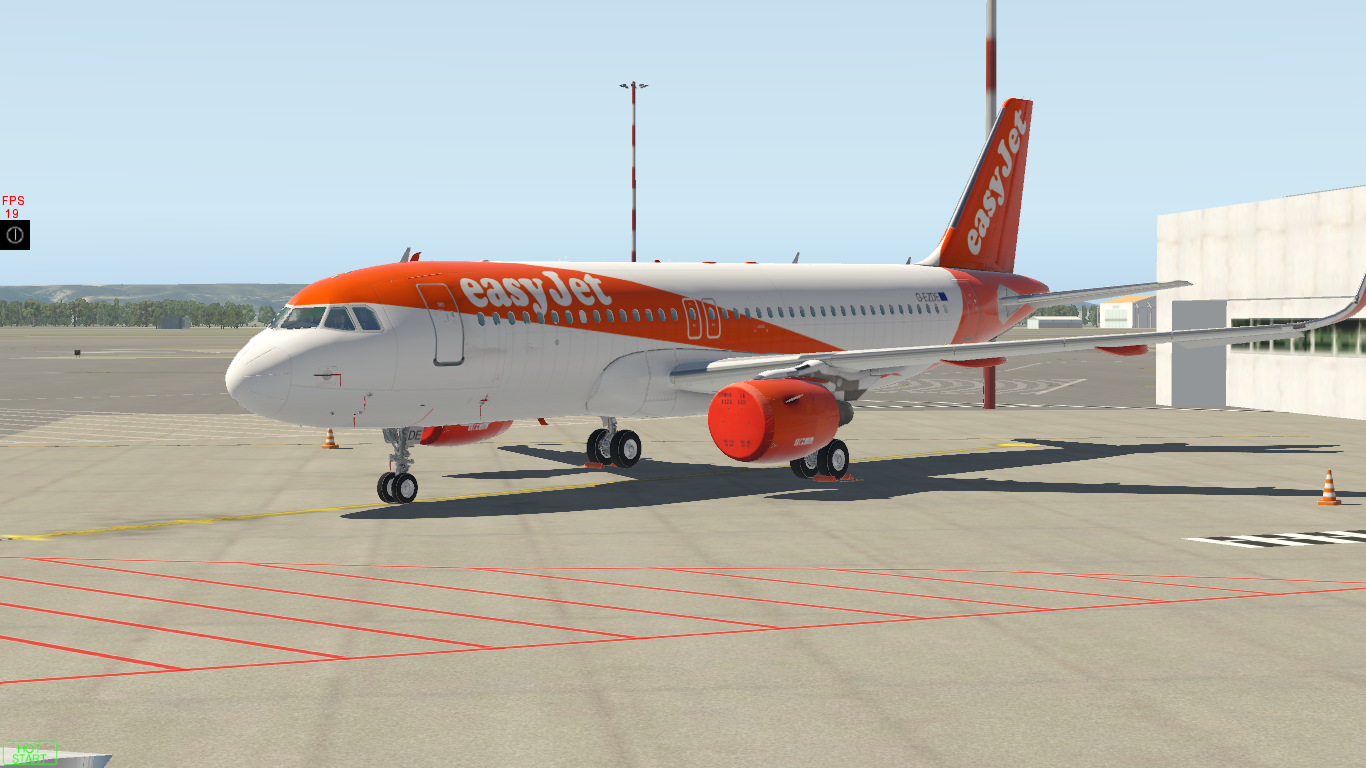