“Started a group of misfits, Proof had a proposition
If we all band together, there ain't no stoppin' this shit
Come up with aliases, bipolar opposites and
Be ready to come off the top as sharp precision”

Detroit hip-hop has yielded many eclectic and talented characters throughout the years. For many, Eminem stands at the forefront, alongside voices like Royce Da 5’9”, Dilla, and Danny Brown. Fans are well aware that Em’s music possesses autobiographical qualities, and his origin story remains available for public consumption. In that regard, D12 are no strangers; even those who missed out on their early millennium run can likely attest to their presence in Em’s extensive narrative. Yet the history of D12 is rich, riddled with tragedy and triumph alike.

The group originally began in the late nineties, and while the collective featured a wide variety of “members” and affiliates, the core consisted of six rappers and their aliases, including Eminem (Slim Shady), Proof (Derty Herry), Bizarre (Peter S. Bizarre), Kuniva (Rondelle Beene), Kon Artis (Mr. Porter), and Bugz (Robert Beck). Together, they released their Underground EP,a far sonic cry from the sound that would eventually come to define them. In truth, the project is somewhat of a gem, featuring solid performances across the board, including an Infinite-era Em. Yet the group was sadly destined for their first brush with death.

On May 21st, 1999, Bugz was murdered in a drive-by shooting. A report from Rolling Stone explains that Bugz’ friend’s cousin was sprayed with a high powered water gun, which ultimately escalated into violence; ever loyal, Bugz stepped in, only to be gunned down and run over. By the time an ambulance arrived, it was too late. Upon receiving the news, the group was devastated, though the circumstances served to bring them together. At the time, Proof said “It just makes you look at life more serious. At this point, we’re trying to gather everything he recorded [to] make an LP.” If you’re curious, you can actually catch Bugz’ vocals on D12 World, as he appears on the “Bugz 97” skit.

So the story goes, Bugz spoke highly of Swift (Swifty McVay), a co-sign that led to the rapper’s inclusion into the group. It seems as D12 resolved to persevere in Bugz’ honor, and Eminem’s sudden connection with the legendary Dr. Dre proved beneficial for the six self-professed misfits; Em even alludes to D12’s stalwart presence on “Stepping Stone,” citing Bizarre and Proof as traveling companions when a potential Aftermath record deal was in the courtship stages. In any case, Dre and Em ultimately found common ground, and while D12 rode the bench for The Slim Shady LP, they emerged from dormancy for The Marshall Mathers LP, with a shocking new style in tow. 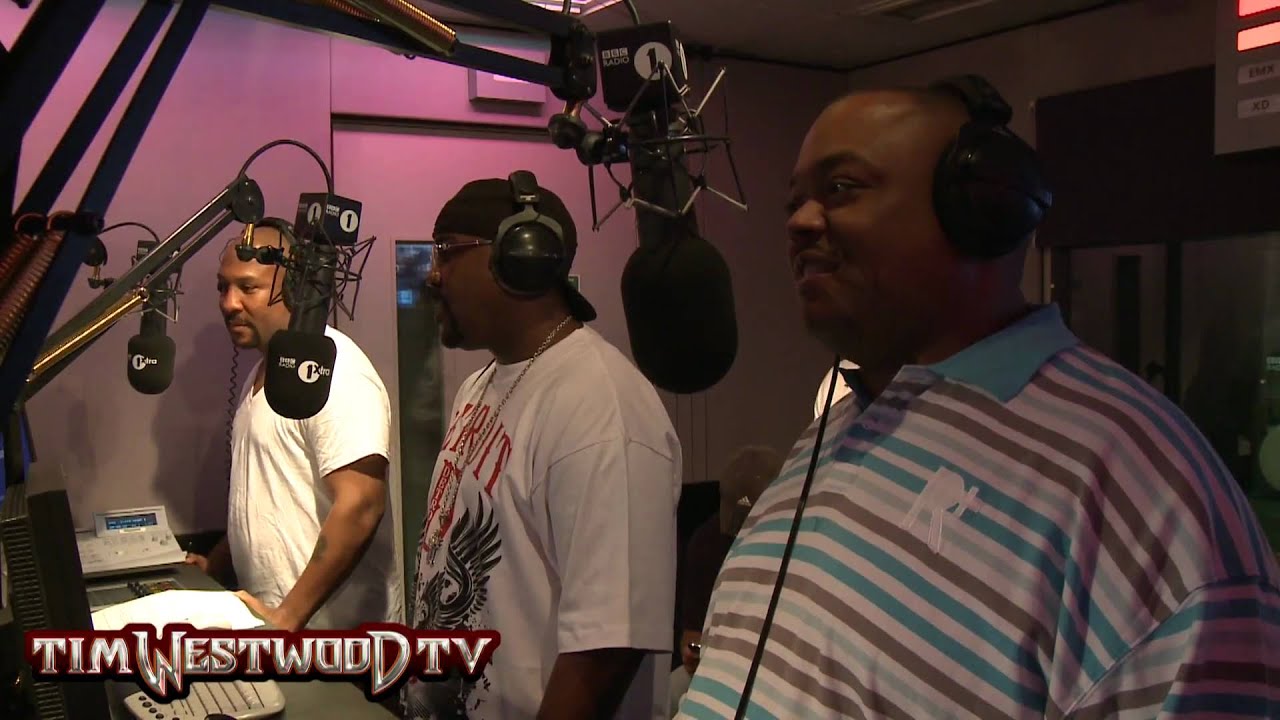 D12 having a grand old time during thirty-minute Westwood freestyle

“I fucked my cousin in his asshole, slit my mother's throat,” raps Bizzare, on his introductory “Amityville” verse, “guess who Slim Shady just signed to Interscope?” Such shocking lyricism would go on to become a staple for the Dirty Dozen, who stood united on penultimate MMLP cut “Under The Influence.” Though a stark contrast from the rugged, Wu-esque lyricism of The Underground EP, it’s no surprise that D12 switched the style to mirror Em’s transition to a “no-fucks-given” rap villain; one might be, after all, hard pressed to argue the breakout success of “My Name Is.”

In 2001, D12 dropped their multi-platinum album Devil’s Night, which featured production from Eminem and Dre across the boards. Though their juvenile demeanor and ultraviolent tendencies never quite endeared them to the critics of yore, the group became a runaway success, with disparate singles “Purple Pills” and “Fight Music” proving a worthy indicator of musical versatility. The Devil’s Night-era proved particularly interesting for Eminem, who deftly handled business behind the boards and mic with equal proficiency; some of his sharpest work can be heard on songs like “Shit Can Happen” and “American Psycho,” and his bar-raising lyricism prompted his contemporaries to respond in kind.

D12 would continue to thrive, appearing on Eminem’s The Eminem Show, The 8 Mile soundtrack, and Obie Trice’s Cheers. Yet enemies were beginning to take notice of their success, including a former ally Royce Da 5’9. While Royce currently stands proudly beside Em, he once proved a formidable foe for D12, after a misunderstanding led to bad blood between the artists. Apparently, it started when Royce spit a freestyle, rapping “Fuck Anger Management, I need to hire somebody to manage my anger.” D12 didn’t receive the line with open arms, considering their tour also happened to be called “Anger Management.” Such trilities were all it took, circa 2003.

In short, the exchange between Royce and D12 proceeded to heat, prompting Royce to unleash scathing diss tracks like “Shit On U” and “Malcolm X.” D12, sans Em, who decided to sit the beef out, responded in kind with “Back Down” freestyle, although they admittedly struggled against Royce’s unparalleled lyrical capabilities. To be fair, the one person capable of going toe to toe with 5’9” had decided to watch from the sidelines; to be fair, Em alluded to the Royce feud on “Conspiracy” freestyle, where he poked fun at his Bad half’s penchant for rhinestone du-rags. Eventually, the beef was squashed after Royce and Proof pulled guns on each other, got arrested, and settled their differences from adjoining jail cells. “You know how it is, man, it's Detroit,” explained Royce, to XXL.

After patching things up with Royce, D12 soldiered on toward their sophomore album, D12 World. And while hindsight would ultimately clear the narrative, something was afoot with Eminem. The once razor-focused lyricist seemed to have lost a step, with D12 World coming forth as the early warning sign. True, “My Band” proved a massive success, largely in part to the infectious hook and self-deprecating nature, yet something had changed. The group’s effort, for whatever reason, lacked the cohesion of their debut. Though it did feature a few highlights, including “Git Up,” “How Come,” “American Psycho 2,” and the Bugz tribute “Good Die Young,” D12 World was largely forgotten by the historians.

While Eminem was quietly battling his demons, D12 was pondering their next move. Such tactics were ultimately rendered futile when tragedy struck yet again. On April 11th, Proof was murdered in a Detroit nightclub, after an altercation turned violent. A report on the incident claims that Proof was shot three times by one Mario Etheridge, at the CCC Club on 8 Mile Road. Details on the incident are unclear, with conflicting reports on what actually transpired; the narratives vary depending on the source, and out of respect for the late rapper, attempts at detective work shall be avoided. In any case, the game lost an underrated talent, and D12 was torn apart.

In the wake of Proof’s death, the group wandered through a purgatorial state. While losing Bugz seemed to bring the group closer together, Proof was, by all accounts, the glue holding them together. Though they ultimately rallied for turns on Eminem’s Shady Records compilation The Re-Up, the spirit had corroded beyond repair. In 2008, the group reunited to deliver Return Of The Dozen, though the tape lacked any contribution from Eminem. Likewise for the sequel, which arrived in 2011. By that time, Eminem and Mr. Porter had found common ground, the rapper formerly known as Kon Artis took up Proof's mantle as Eminem's hype man, a position he still holds today.

Though Bizzy and Mr. Porter both temporarily departed from the group, they ultimately rejoined the cause for Eminem's Shady XV compilation, on the song 'Bane.' Despite frequent allusions to a mysterious third album, often in various states of completion, it would appear that the dream is indeed over. Eminem said as much on Kamikaze track 'Stepping Stone,' a homage to the crew he once called his brothers. In all honesty, it would appear the unconditional love remains, at least, from Em's perspective. Yet one thing is for certain. D12, as we know it, is over.