A very common pattern when developing ETL workflows in any technology is to parameterize tasks with the execution date, so that tasks can, for example, work on the right data partition. Apache Airflow allows the usage of Jinja templating when defining tasks, where it makes available multiple helpful variables and macros to aid in date manipulation.

A simple task that executes a run.sh bash script with the execution date as a parameter might look like the following:

Airflow was started in October 2014 by Maxime Beauchemin at Airbnb. It was open source from the very first commit and officially brought under the Airbnb GitHub and announced in June 2015. This resolver does not yet work with Apache Airflow and might lead to errors in installation - depends on your choice of extras. In order to install Airflow you need to either downgrade pip to version 20.2.4 pip install -upgrade pip20.2.4 or, in case you use Pip 20.3, you need to add option -use-deprecated legacy-resolver to your pip. Clone the docker-airflow repo git clone [email protected]:puckel/docker-airflow.git Checkout the 1.10.0-5 release tag git checkout 1.10.0-5 Edit the Dockerfile and add a line in the RUN command to install the kubernetes python package && pip install 'kubernetes' Configure docker to execute within the minikube VM eval (minikube docker-env). Anomaly Detection Solution using Airflow and SageMaker. Problem Description: A team tracks the trade volumes in a Grafana dashboard. They want to build an anomaly detection solution to identify sudden spikes/irregularities in trade volumes, so that they can trigger additional actions based on the identificatin of these anomalous data points. Apache Airflow is an open-source workflow management platform.It started at Airbnb in October 2014 as a solution to manage the company's increasingly complex workflows. Creating Airflow allowed Airbnb to programmatically author and schedule their workflows and monitor them via the built-in Airflow user in.

The {{ }} brackets tell Airflow that this is a Jinja template, and ds is a variable made available by Airflow that is replaced by the execution date in the format YYYY-MM-DD. Thus, in the dag run stamped with 2018-06-04, this would render to:

Often, however, we might need to further manipulate dates before passing them to the underlying tasks. For this, the execution_date variable is useful, as it is a python datetime object (and not a string like ds). Thus, we can create a date string in any format by using strftime:

There is also a macros object, which exposes common python functions and libraries like macros.datetime and macros.timedelta, as well as some Airflow specific shorthand methods such as macros.ds_add and macros.ds_format. One way to, for example, subtract 5 days to the execution date would be:

macros.ds_format is just a more concise way of accomplishing the same date arithmetic, as it receives the ds string directly and returns it in the same format:

Finally, you may also come across the ts variable which is the execution date in ISO 8601 format. Other variables can be looked up in this section of the Airflow API reference:

Note:Always use the execution date variables provided by Airflow instead of any dates relating to the current time. This decoupling is necessary to correctly deal with delays, backfills, reruns etc..
Another note:These variables are only instantiated in the context of a task instance for a given dag run, and thus they are only available in the templated fields of each operator - Trying to use them outside of this context will not work.

Lastly, a common source of confusion in Airflow regarding dates in the fact that the run timestamped with a given date only starts when the period that it covers ends. Thus, be aware that if your DAG’s schedule_interval is set to daily, the run with id 2018-06-04 will only start after that day ends, that is, in the beginning of the 5th of June.

If you got this far, you might enjoy my Data Engineering Resources post, where I link to some helpful Airflow resources. Cheers!

Apache Airflow is an open-sourceworkflow management platform. It started at Airbnb in October 2014[2] as a solution to manage the company's increasingly complex workflows. Creating Airflow allowed Airbnb to programmatically author and schedule their workflows and monitor them via the built-in Airflow user interface.[3][4] From the beginning, the project was made open source, becoming an Apache Incubator project in March 2016 and a Top-Level Apache Software Foundation project in January 2019.

Airflow uses directed acyclic graphs (DAGs) to manage workflow orchestration. Tasks and dependencies are defined in Python and then Airflow manages the scheduling and execution. DAGs can be run either on a defined schedule (e.g. hourly or daily) or based on external event triggers (e.g. a file appearing in Hive[5]). Previous DAG-based schedulers like Oozie and Azkaban tended to rely on multiple configuration files and file system trees to create a DAG, whereas in Airflow, DAGs can often be written in one Python file.[6] 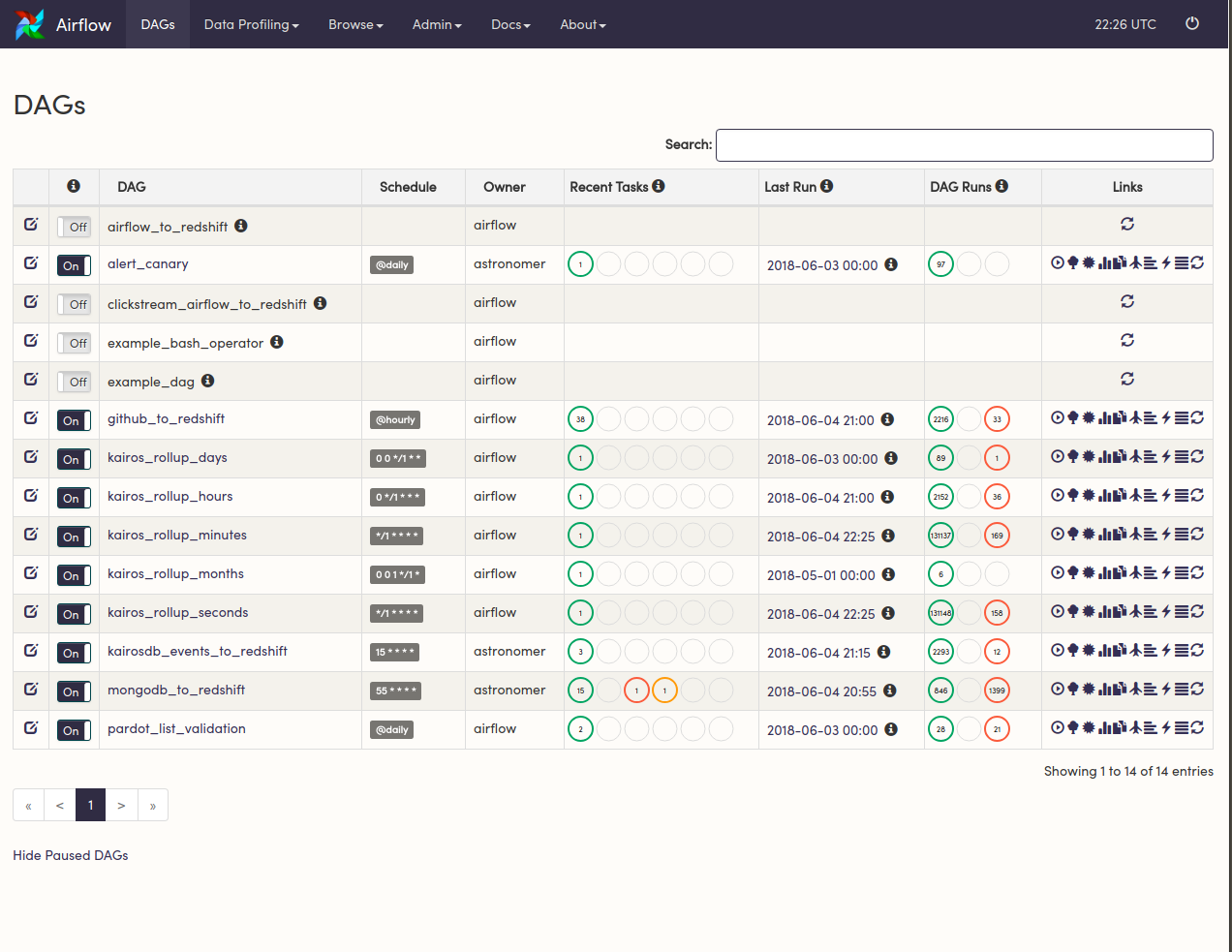 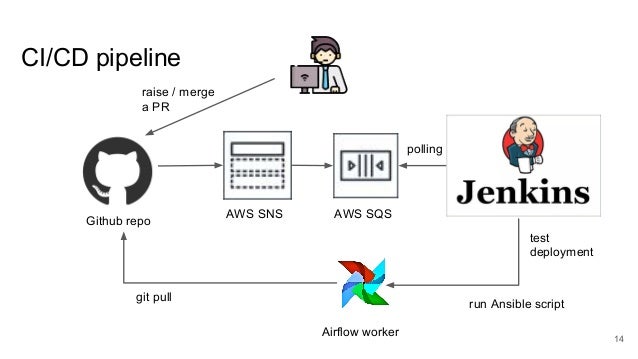